In 1998, Ana was hired as Visiting Professor at Thurgood Marshall School of Law and was promoted to Associate Professor in 2002, and to full professor in 2014.  At Thurgood, she has taught Case Analysis, Appellate Litigation, and Comparative Constitutional Law. She currently teaches Civil Procedure, Evidence, Texas Practice, and a Death Penalty Seminar.  Also, she served as Director of the Judicial Externship Program from 2001-2004. She currently serves on the board of the Earl Carl Institute, as a member of the Pedagogical Institute, and as Faculty Advisor for the Hispanic Law Students Association. Her scholarship focuses on the area of the death penalty. For the past ten years, Ana has worked extensively with the Council on Legal Education Opportunity (CLEO) as a lecturer in numerous workshops and as Director of two of its programs: The Mid-Winter Bar Workshop, and the Sophomore Summer Institute.

From 2011-2013, Ana served as a team member of the Texas Capital Punishment Assessment Team organized by the American Bar Association’s Death Penalty Due Process Review Project. In September 2013, the Texas team issued a comprehensive report with recommendations to improve fairness and accuracy in the state’s death penalty system.

Ana is licensed to practice law both in Texas and Florida. She lives in Houston and joined the TCADP Board of Directors in 2015.  Ana has served as Chair of the Governance and Board Development Committees and as Vice President of the Board.

Karla Williams, Vice President. Karla currently serves in a variety of ministries connected to the Catholic Church, including being a prison ministry volunteer at several units in Gatesville. She became involved with TCADP after meeting and being inspired by anti-death penalty advocate, Sister Helen Prejean. She lives in Copperas Cove and joined the TCADP Board in May 2017.  Karla has served on the 2018 Annual Conference Committee and Personnel Committee.

“I am honored to be a part of TCADP and serve on the Board of Directors. Meeting like-minded folks from all over the state who share the goal of abolishing the death penalty here in Texas – yet have different reasons for supporting this goal – intrigues me.”

Tammy Van Dunk, Treasurer. Tammy is a lead accountant specializing in insurance financial regulation at Tokio Marine HCC in Houston, Texas.  She began her career in property and casualty insurance and has remained in the industry for over 31 years.  Born and raised 30 miles from New York City in Colonia, New Jersey, she moved to Houston, Texas in 2012.

Tammy graduated from Essex County College in Newark, New Jersey, where she obtained an Associate of Science in Accounting.  While in attendance, she was nominated and inducted into the Phi Theta Kappa Honor Society.  Afterward, she earned her Bachelor of Science Degree in Accounting at Rutgers University in Newark, New Jersey. As a Rutgers scholar, Tammy held the position of Vice President of the student chapter of the Volunteer Income Tax Assistance (VITA), which provides free tax return preparation services to senior citizens and other indigent local families.

In March 2019, Tammy was invited to speak on behalf of TCADP at the Houston Women’s March On event at Houston City Hall.  Early in the afternoon, she gave an impassioned speech which shed light on the death penalty and its need to be eradicated.  Tammy also is a member of the TCADP Lobby Corps, where she ardently advocates for the abolishment of the death penalty along with supporting all sound efforts to enact legislation aimed at criminal justice reform. She joined the TCADP Board in February 2020.

Niki Bergin, Secretary. Niki is a native Texan and 22-year resident of Dallas. She received a Bachelor’s Degree in Medical Technology from Louisiana Tech University in 1996 and, save for a three-year stint in the investment banking field, has spent her entire career working in the Special Hematology Laboratory at Baylor Scott and White Health (formerly Baylor University Medical Center). In 2008, she returned to school and received a Master of Liberal Studies degree with a concentration in The Arts and Cultural Traditions from Southern Methodist University.  It was during graduate school that she began her advocacy against the death penalty. Niki has been married to her husband, Hayden, for 18 years and is active in her community, volunteering at her sons’ schools, serving as treasurer for her neighborhood parent group, and delivering lunches for Meals on Wheels. Niki served on the TCADP 2018 Annual Conference Committee and chaired the 2019 Annual Conference Committee. She joined the TCADP Board in 2018.

“Serving on the board of TCADP is just one very small way in which I can contribute to a movement and cause that means so much to me.”

Virginia Greenway.  Virginia Greenway graduated from the University of Virginia School of Law in 1999 and began practicing criminal law in 2001.  She opened her own law firm in 2004 focusing exclusively on criminal defense in the handling of both felonies and misdemeanors in State Court.

Virginia is a past board member and Presiding Director of the Austin Criminal Defense Lawyers’ Association and a past head of the Criminal Law Section of the Austin Bar Association.  She was a founding member of the TCADP Lobby Corps and joined the Board in February 2019. 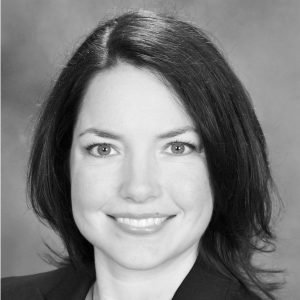 Dr. Kimberly Harrison. Kimberly is a forensic psychologist in private practice in Austin, Texas. She received her Bachelor’s degree in Psychology from Texas A&M University and her Master’s degree and doctorate in Clinical Psychology from the University of North Texas. After completing her postdoctoral fellowship in forensic clinical psychology at State Operated Forensic Services in Minnesota, she worked as Chief Psychologist at the Forensic Evaluation Service of the South Carolina Department of Mental Health in Columbia, South Carolina. During her time in South Carolina, she also served as an Assistant Professor of Neuropsychiatry and Behavioral Science at the University of South Carolina School of Medicine. Since moving to Austin in 2014, her professional practice has focused on forensic evaluations of individuals involved in criminal and civil courts. She has co-authored over a dozen peer-reviewed articles pertaining to mental health issues in the criminal justice system.  Kim joined the TCADP Board of Directors in May 2017. She served on both the 2017 and 2019 Annual Conference Committees and chairs the Board Development Committee.

“After years of working in the criminal courts and witnessing the injustices endemic to that system, I was motivated to join the TCADP Board of Directors to help fight its ultimate travesty: the death penalty.”

Amanda Hernandez is a criminal defense attorney licensed to practice in Texas as well as federally in the Southern and Western Districts of Texas. She serves as a board member for the San Antonio Criminal Defense Lawyers Association. Amanda practices criminal defense because she feels it is the best way to help people in her community and is grateful for the opportunity to help people through a tough time.

Amanda earned her degree from the University of Texas at San Antonio in 2011 and went on to attend St. Mary’s University School of Law, graduating in May of 2016. During her time at St. Mary’s, she was accepted onto the Mock Trial Team where she learned the basics of what it means to be a trial lawyer. She also clerked for the criminal defense firm Goldstein, Goldstein & Hilley, where she was taught how to effectively prepare a case.  When she graduated in 2016 and Donald H. Flanary, III., started the Flanary Law Firm, PLLC, he quickly promoted her from being his long-time law clerk to the first associate attorney in his practice, where she remains today. Amanda served on the TCADP 2019 Annual Conference Committee and joined the Board of Directors in May 2019.

“I joined the TCADP Board because I’m committed to helping the organization achieve its mission. There are a lot of things wrong with our criminal justice system that seem impossible to fix, but putting an end to the death penalty is a goal that is attainable. It will be a great start to criminal justice reform in Texas.” 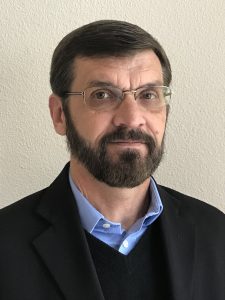 He and his wife Janie have two adult children—Kristi and Scott.  Janie is a retired school teacher and coach.  Rick enjoys outdoor activities, movies, reading, traveling, and spending time with family and friends.  He joined the Board in February 2021.

“I believe that the death penalty must be ended because all life is sacred and everyone deserves a chance to be transformed.  When Jesus refused to sentence the woman caught in adultery to death, which was a capital offense in that day, he forever reminded us that we all are imperfect and should refrain from imposing the death penalty upon others and hope that their life will be transformed.” 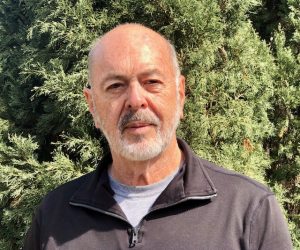 Bob Michael. Bob was born and raised 90 miles north of Dallas in Ardmore, Oklahoma.  Upon graduation from high school, he received an appointment to the U.S. Naval Academy, where he graduated with a B.S. in 1970 and took a commission as a 2nd LT in his chosen branch of service, the U.S. Marine Corps.  Bob served in a wide variety of assignments at duty stations in the Western Pacific and on both U.S. coasts for the next 6+ years.  While on active duty, Bob completed his Master of Science degree with USC in 1976.

Bob joined Caterpillar Tractor Co. in Peoria, Illinois, and worked several years in product support operations as a technical field representative before joining his final employer, Darr Equipment Co., the north Texas Caterpillar dealership.   A working career in the “equipment business” at both the manufacturer level and the franchise/dealership level gave Bob the opportunity to participate in a broad range of wholesale and retail challenges along with leadership roles until taking retirement in Carrollton, in 2014.

Post retirement, Bob has been actively involved with a number of “justice issues” and local political campaigns.  As a member of the “Advocates for Justice & Peace” at Holy Covenant United Methodist Church in Carrollton, he firmly believes that those who suffer most are those who have little voice or no voice in legislation, law, societal norms, and they have few advocates. Bob has worked for the past few years in support of TCADP’s North Texas Coordinator initiatives and also served on the 2018 Annual Conference planning committee.

Bob and his wife Anne reside in Carrollton and have two grown children, two grandchildren, and a Golden Doodle.  They enjoy reading, the outdoors, camping and traveling.  Bob joined the TCADP Board in February 2019.

“My involvement with social justice issues led me to TCADP six years ago. It was a ‘no brainer’ to commit, having observed a thoughtful, well informed, sustainable approach to the challenge of ending the death penalty.  We cannot continue to ignore systemic injustice, structural flaws, and the disparity in the implementation of the death penalty.  TCADP has brand, voice, and impact in Texas.  I am proud to add my energy and support to advance its vital cause.“