On September 15, 2011 TCADP hosted the Houston Champions of Justice reception. In partnership with the Station Museum of Contemporary Art, the reception thanked individual Houstonians who set a high bar for engagement and whom we consider to be role models as “Champions of Justice”. Our goal is to inspire more members of our community to support the belief that justice is not served by the death penalty.

We recognized the extraordinary work of three Houstonians who have enriched our conversation with the public about this important issue:

– Nicole Casarez Professor of Journalism at the University of Saint Thomas and key member of the legal team that exonerated Anthony Graves. View Video of Remarks

Their efforts and their victories encourage us to stay the course as we journey towards repeal. Read more about these inspiring individuals below.

We are immensely grateful to Jim Harithas and the staff of the Station Museum for hosting this event and the many sponsors who helped make it possible.

Rep. Farrar works extensively on issues related to the environment, women’s health, children’s healthcare, education, taxes, homeowner rights, homeland and border security, domestic violence, sexual assault, reproductive rights, insurance coverage, transportation, discrimination, and criminal and juvenile justice.  Since 2007, she has been the lead sponsor of legislation calling for the repeal of the death penalty in Texas.

David Dow is a University Distinguished Professor at the University of Houston Law Center, where he joined the faculty in 1988. He graduated with a B.A. in History from Rice University, and earned his M.A. in History and his law degree from Yale. Upon graduation, he clerked for the Honorable Carolyn Dineen King, judge on the United States Court of Appeals for the Fifth Circuit.

Professor Dow is also the founder of the Texas Innocence Network and the Litigation Director at the Texas Defender Service. Often working with UH Law Center students, he has represented more than one hundred death row inmates in their state and federal appeals. In addition, he is the author of Executed on a Technicality: Lethal Injustice on America’s Death Row (2005) and The Autobiography of an Execution (2010), which received first place in the non-fiction category for Barnes & Noble’s 2010 Discover Great New Writers Awards.  His work appears often in the New York Times and the Washington Post and on NPR. 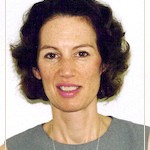 On October 27, 2010, Anthony Graves walked out of the Burleson County Jail after spending 18 years in prison – including 12 years on death row – for a crime he did not commit.  Prosecutors dropped all charges against Graves and declared him innocent after conducting their own investigation of the case.  Nicole and her students played a pivotal role in the exoneration of Anthony Graves, and their investigation has attracted significant statewide and national attention.  Nicole serves on the boards of the Innocence Project of Texas and the Texas Defender Service and was elected to the American Law Institute in 2009.