Award recipients are chosen each year by the TCADP Board of Directors from nominations received by TCADP members.  The award winners will be celebrated at the 2013 TCADP Annual Conference on Saturday, Februrary 23 at St. Edward’s University in Austin, Texas.

Steve Mims and Joe Bailey are the filmmakers of “Incendiary,” which focuses on the case of Cameron Todd Willingham. The film exposes the political manipulation of the Texas Forensic Science Commission as it sought to determine whether flawed forensic science played a role in Willingham’s conviction and ultimate execution. TCADP has participated in a number of screenings of “Incendiary,” after which Steve and Joe participated in lively Q & A sessions with the audience. “Incendiary” provokes discussion about complex issues, including the role of science in the criminal justice system, the ability for poor people to get a fair trial and the pressure brought to bear on politicians not to be ‘soft on crime’. It also addresses the difficult quest for the truth.

Like many films, “Incendiary” has created opportunities for Texans to engage in a critical dialogue about the human frailties surrounding the administration of justice. Steve and Joe have provided an insightful film that will continue to provoke audiences for a long time to come 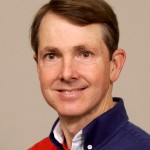 JC Dufresne worked tirelessly within the State Democratic Executive Committee of the Texas Democratic Party to push the party to put the death penalty issue on the 2012 primary ballot. Although that effort was unsuccessful, his efforts led to a robust discussion of the issue within the SDEC. JC then worked with other SDEC members and delegates to the Texas State Democratic Convention to pass district resolutions calling on the party to include abolition of the death penalty in the 2012 platform. Leading up to the convention, he remained in close communication with TCADP and with members of the temporary platforms and resolutions committees to ensure that the death penalty remained on their radar. Due in large part to JC’s efforts, delegates to the State Convention voted overwhelmingly in favor of including a call for abolition of the death penalty in the 2012 platform!

The Methodist Federation for Social Action-Southwest Chapter is one of TCADP’s most reliable coalition partners and steadfast organizational members.

This chapter supports our work in myriad ways… it is always the first group to sign up as a co-sponsor of our events, whether special presentations by speakers like Sister Helen Prejean or the annual conference. MFSA – SWTX regularly promotes TCADP’s activities, events, and calls to action in its communications with members and encourages United Methodist Churches in the area to become involved. MFSA-Southwest Chapter also was one of the first groups to sign the Statement of Support and Organizational Affiliation with TCADP.