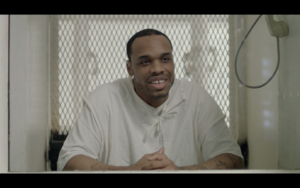 Today, June 26, 2018, counsel for Christopher (Chris) Anthony Young filed an application for clemency with the Texas Board of Pardons and Paroles asking for a recommendation that his sentence be commuted or a 120-day reprieve be issued.  The State of Texas seeks to execute Mr. Young on July 17, 2018.

Here is the link to clemency application: http://bit.ly/2KoLE8v

To date, more than 4,000 individuals have endorsed a petition sponsored by change.org supporting mercy for Chris Young.

An interview with Chris is available at this link: http://lawatthemargins.com/death-row-saved-my-life/.

“The man the State of Texas seeks to execute on July 17, 2018 – our client, Christopher Anthony Young – is not the same reckless young man who took the life of Hasmukh Patel in San Antonio on November 21, 2004.

In the 12 years Chris has spent on death row, he has educated himself, become grounded in his religion, actively parents his daughters, and mentors troubled young people beyond the prison walls. He is deeply remorseful for killing Mr. Patel, and he would like the opportunity to express his sorrow in person to Mr. Patel’s son, Mitesh, who does not want Chris to be killed.

Executing Chris would only perpetuate a cycle of violence that began with the murder of his own father when he was just 8 years old and leave fatherless his two daughters. It would not improve public safety – in fact, it would have the opposite effect by depriving adolescents in need of his mentorship.

The Texas Board of Pardons and Paroles has the moral imperative to consider all facets of this case – not just the crime but the way Chris Young has lived the last 12 years of his life on death row. We urge Board members to recommend the commutation of his death sentence so that he can continue to make positive contributions to society.”

Christopher (Chris) Anthony Young was convicted in Bexar County for killing 55-year-old Hasmukh Patel during a robbery of Mr. Patel’s business in San Antonio on November 21, 2004.

Mr. Young was 21 years old at the time of the crime.  He is deeply remorseful for killing Mr. Patel.  In the 12 years he has spent on death row, he has educated himself, become grounded in his religion, actively parents his daughters, and mentors troubled young men.

Hear Chris and his 13-year-old daughter, Crishelle, in their own words.

Executing Mr. Young would perpetuate a cycle of violence that began when his own father, Willard Young, was murdered in January 1992, when Chris was eight years old.  Willard was killed one hour after taking his children to a parade in honor of Martin Luther King, Jr. Day in San Antonio.

Mitesh Patel, the son of Hasmukh Patel, suffered greatly in the wake of his father’s murder in 2004.  He does not want the State of Texas to execute Chris Young because he does not want Chris’ daughters, Crishelle and Na’Quita, to grow up without a father the way he did.

Mr. Young Requests Recommendation of a Commutation of Sentence or 120-Day Reprieve to Facilitate a Meeting with the Victim’s Son
Attorneys for Mr. Young filed an application for clemency with the Texas Board of Pardons and Paroles on Tuesday, June 26, 2018.  The petition asks the Board to recommend Texas Governor Greg Abbott commute his death sentence to a lesser penalty.  It also requests the Board recommend a 120-day reprieve, for the purpose of allowing time for Young and Mitesh Pantel to meet face-to-face at the prison.