The TCADP Board of Directors is pleased to announce the following 2012 TCADP Annual Award Winners, who will be recognized at the 2012 TCADP Annual Conference – Seizing the Momentum… Creating the Climate for Change on February 18, 2012  at the University of the Incarnate Word Sky Room.  Please make plans to join us in celebrating these extraordinary individuals!  You are also invited to congratulate the award winners by placing an ad in the conference program – Download Form. 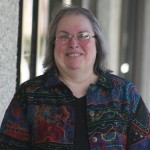 Jan Brown is a murder victim family member who opposes the death penalty. Her 9 1/2 year-old daughter, Kandy, was kidnapped and murdered in 1987. The offender was sentenced to death and executed 12 years later.

Jan bravely shared her story with the Senate Criminal Justice Committee on March 22, 2011 in testifying against Senate Bill 377, which expanded the scope of the death penalty to those who murder children under 10 years of age (the previous statute applied to the murder of children under age 6). Not only is it extremely difficult for family members to share these personal stories of tragedy and loss – the worst experiences of their lives – but to do so in such a public setting, surrounded by strangers and elected officials, and in the context of opposing a bill that expands the death penalty for those who kill children, took tremendous courage.

Jan’s testimony, and her public stance on this bill, took many legislators by surprise and powerfully demonstrated that murder victim family members are not monolithic and hold varying opinions on our society’s response to violent crime. 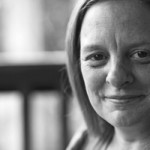 Jordan Smith is a staff writer for the Austin Chronicle who provides consistent, in-depth, and fair treatment of the death penalty and other criminal justice issues in that weekly publication.  The Board seeks to recognize Jordan’s coverage of the case of Larry Swearingen in 2011 and her recent article, “Perry the Executioner” (September 16, 2011), which sheds a light on Governor Rick Perry’s role in the clemency process and his record on the death penalty in general.

See more of her work at http://www.austinchronicle.com/authors/jordan-smith/. 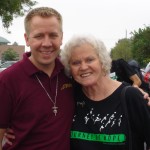 Brother Brian Halderman is the University Minister for Social Justice at St. Mary’s University in San Antonio, Texas; he also serves as an Adjunct Professor in the Sociology Department.  The Board presents him with this award in recognition of his tremendous support for the Religious Leaders Dialogue on the Death Penalty in San Antonio (October 2011) and his overall support for and participation in the Bexar County Campaign to End the Use of the Death Penalty.  The Board also would like to acknowledge Brother Brian’s history of involvement with the abolition movement and his facilitation of the close relationship between  TCADP and the Marianist Social Justice Collaborative and Marianist Province of the U.S.  (Brother Brian pictured with Marietta Jaeger Lane of the Journey of Hope.) 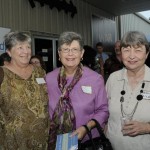 Kelly Epstein is a long-time TCADP member and  activist in the abolition movement.  The Board particularly would like to acknowledge Kelly’s involvement in all of the activities of TCADP’s Houston Chapter, including numerous tabling events each year, as well as her participation in TCADP’s Donor Development Committee, through which she provided valuable feedback on the creation of our Partner for Justice online giving program and other ideas for increasing donations to the organization. We could go on and on about all of Kelly’s outstanding contributions to TCADP over the years!  (Kelly is pictured with Shirley Farrell-left and Nancy Bailey-right at the TCADP Champions of Justice event in Houston on September 15, 2011.) 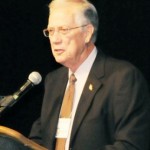 Bishop Joe Wilson, retired Bishop of the United Methodist Church, is a persistent voice for justice on multiple issues who works  to raise awareness and advocate for change. Bishop Joe Wilson expressed concern about Karla Faye Tucker’s scheduled execution in 1998, and then again in 2000 to then-Governor George Bush about the high number of executions in Texas.  He has been a steadfast supporter of TCADP for many years and can always be counted on to participate in clergy-focused efforts.

On February 16, 2011, Bishop Joe Wilson represented nearly 100 faith leaders who joined a sign-on letter calling for mercy for Timothy Adams, who was executed by the State of Texas on February 22, 2011. Bishop Wilson participated in a press conference at the Capitol, along with members of the Adams’ family, attorneys, and clergy, and eloquently spoke on behalf of the religious leaders around the state who believed that Tim Adams deserved clemency.  His presence and participation in that event provided great comfort and kindness to the Adams’ family.

As the result of his involvement in this effort, Bishop Wilson wrote an op-ed, “Why Must a Good Man Die,” which was published by the Georgetown paper and shared with many others.

Bishop Wilson also stayed with TCADP staff and members for more than 9 hours at the Capitol on March 29, 2011, when the House Criminal Jurisprudence Committee conducted a hearing on HB 819, the abolition bill. His testimony on the death penalty from a faith perspective was critically important for the committee members to hear.

Bishop Wilson’s assistance with the Timothy Adams’ clemency campaign was invaluable and his participation in the HB 819 committee hearing went above and beyond the call of duty.

The Dave Atwood Founder’s Award, established in 2010, serves to recognize those individuals who have made a significant contribution to the cause of ending the death penalty.   This award was presented to Reverend Carroll Pickett in 2011.