Quote of the month
“Faced with crowded prisons and the high financial and social costs of incarceration, many states have been moving away from the strict law-and-order approaches of the past, often emboldened by justice advocates on both the left and right. …

From Texas to Florida to Illinois, many of these young prosecutors are eschewing the death penalty, talking rehabilitation as much as punishment, and often refusing to charge people for minor offenses.”

Scheduled executions
The State of Texas is scheduled to execute one individual this month:

Texas accounts for 5 out of the 16 executions nationwide thus far in 2017. At this time, there are four additional executions scheduled in Texas through October.

Attend a vigil in your community on the day of executions. Information and updates on cases are available on our website and through Facebook and Twitter.

In case you missed it 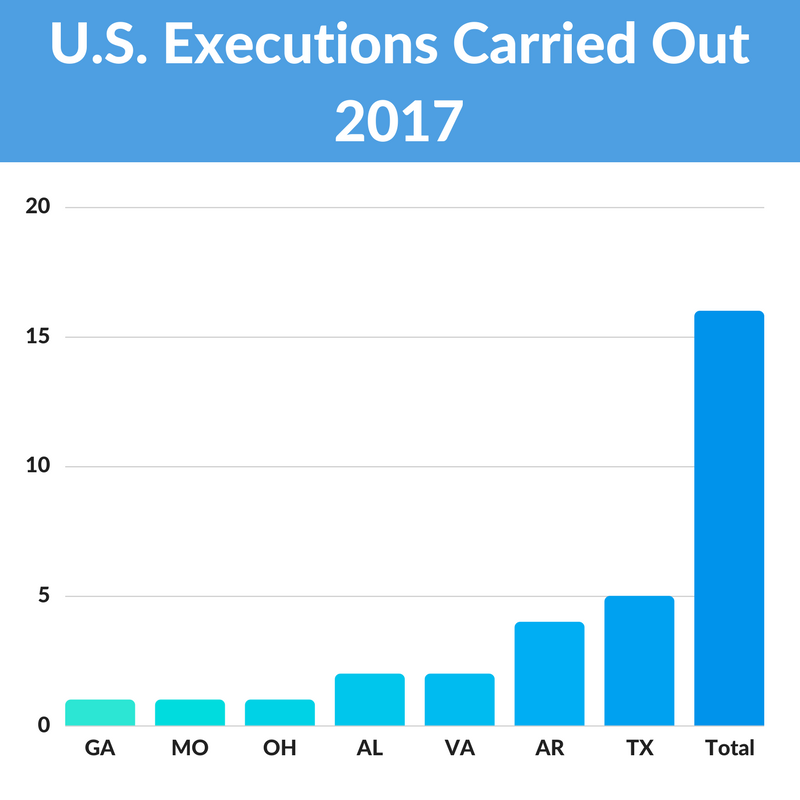 U.S. Fifth Circuit rules in favor of Scott Panetti
On July 11, 2017, the U.S. Court of Appeals for the Fifth Circuit returned Scott Panetti’s case to the federal district court with orders to appoint counsel, authorize funds for investigative and expert assistance, and allow adequate time to prepare a habeas corpus petition raising the claim that Panetti is currently incompetent to be executed. As the opinion stated, “Delivery of the process due protects the prisoner and in doing so protects us all.” Panetti has been on Texas’ death row since 1995 and faced several execution dates despite his long-documented history of severe mental illness. He was allowed to represent himself at his trial. The Fifth Circuit stayed Panetti’s execution on December 3, 2014 to review the issues surrounding his competency.

Ohio resumes executions
On July 26, 2017, the State of Ohio executed Ronald Phillips, marking the state’s first execution in more than three years. Ohio’s executions had been on hold since 2014, due to complications with the use of midazolam. To date, Ohio has executed 54 individuals.

Thanks to everyone who signed the petition and/or faith leader letter of support protesting this resumption of executions.