The TCADP Board of Directors is delighted to announce the recipients of the 2014 Annual Awards, which will be presented at our 2014 Annual Conference on February 22, 2014 in Fort Worth, Texas.  Please join us in celebrating these extraordinary individuals!  We also invite you to congratulate the award winners by placing an ad in the conference program or attending the conference to see them honored during the Awards Luncheon.

Ariana Campos
As the Legislative Aide to State Representative Jessica Farrar, Ariana has provided immeasurable support for TCADP’s activities in the State Capitol.  Over the last five years, she has reserved rooms in the Capitol for TCADP’s use, assisted in setting up meetings with members of Rep. Farrar’s staff, and provided timely and important feedback to TCADP regarding actions in the office. Dependable and efficient, Ariana is a vital point of contact for our legislative advocacy work.  Her behind-the-scenes contributions have been of great value to TCADP.

Maria is one of TCADP’s stalwart volunteers in the Dallas/Fort Worth Metroplex. She has been an active member of the Dallas Religious Outreach committee since its inception in 2011 and is always on the lookout for tabling and outreach opportunities for TCADP. Maria is typically the first person to volunteer to staff an information booth, whether at a religious event or community festival. She also has focused on reaching out to Spanish-speaking communities in the area. In addition, Maria organizes execution vigils at her parish and has sought to move the Catholic Diocese of Dallas towards greater engagement in the death penalty issue. We honor Maria’s commitment to TCADP and to abolition of the death penalty. (Maria is pictured here with Bishop Mark Seitz of El Paso.)

Paula is a long-time advocate for abolition who has inspired many others to become involved in the issue. She is extremely devoted to the activities of the TCADP Dallas Chapter and volunteers often for tabling events, participates in monthly meetings, and attends vigils and protests.  Paula also has served on several statewide TCADP committees and in 2012 worked to organize “A Faithful Conversation on the Death Penalty” featuring Dallas-area clergy.  She singlehandedly proposed that the Ellis County Democrats pass a resolution opposing the death penalty, which in turn contributed to the Texas Democratic Party endorsing abolition of the death penalty as part of its 2012 platform. She also visited and befriended former death row inmate Rodney Rachal and encouraged others to begin visiting prisoners on death row. In the words of the person who nominated her, “Paula is part of the heart and soul of our movement and concern for persons of worth.”

Burnham Terrell (posthumous)
Burnham Terrell, an active TCADP and Houston Chapter member, reached his 90th birthday on November 12 and the 21st anniversary of his marriage to his wife, Joan, on November 13.   He is an inspiration to any of us who might think we are too old to be an activist. Burnham passed away the morning of November 13, 2013 while recovering from a stroke  earlier in the month.  Burnham’s faithful work coordinating the Houston-area execution vigils for so many years will be sorely missed.  He also contributed to TCADP’s efforts to move the Texas Democratic Party to endorse abolition of the death penalty in its 2012 platform. 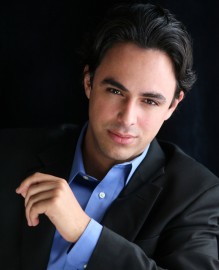 In recognition of his public statement in support of ending the death penalty during the House Criminal Jurisprudence Committee’s hearing on House Bill 1703 by Rep. Jessica Farrar on April 29, 2013

Elected in 2012, State Representative Terry Canales represents District 40 in Hidalgo County and serves on the House Criminal Jurisprudence Committee. A native of South Texas, he received his law degree from St. Mary’s University of Law.  Rep. Canales is the sixth member of his extended family to serve in the Texas House of Representatives.

House Bill 1703 bill, introduced by Rep. Farrar and co-authored by Rep. Alma Allen and Rep. Lon Burnam, calls for abolition of the death penalty in Texas.  Similar repeal bills by Rep. Farrar have been given a public hearing by the House Criminal Jurisprudence Committee in the last three legislative sessions.

During the committee’s hearing on House Bill 1703 on April 29, 2013, during the 83rd Regular Session of the Texas Legislature, Rep. Canales unequivocally declared his opposition to the death penalty, calling it “unnecessary.”  This was the first time in TCADP’s experience with the Texas Legislature that a sitting member of the Criminal Jurisprudence Committee has made a public statement in support of abolition. With this award, we honor Rep. Canales’ principled courage and hope it will inspire other elected officials to follow his lead. 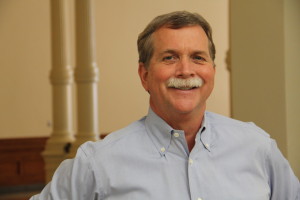 In recognition of his lifelong commitment to justice and his contributions to abolition and to TCADP, both within and outside of the Texas Legislature

State Representative Lon Burnam has represented District 90 (Fort Worth) in the Texas House of Representatives since 1997. He currently serves on the House Criminal Jurisprudence and Energy Resources Committees. Rep. Burnam also is Vice Chair of the Legislative Study Group, Co-Chair of the House Democratic Campaign Committee, and an active member of the Mexican American Legislative Caucus.

As an inaugural member of the TCADP Advisory Board, Rep. Burnam has contributed to the growth of our organization in numerous ways, including recruiting new members of the TCADP Board of Directors, hosting a fundraising event, and, most recently, supporting a TCADP membership gathering in Tarrant County and the work of our local planning committee.

Prior to being chosen by the voters of District 90, Burnam worked as a city planner helping community organizations and local residents in efforts to revitalize neighborhoods and create new economic opportunities. In the mid-1980’s, Burnam served as a Special Assistant to the Regional Administrator of the Texas Department of Human Services. He has served on numerous community boards and agencies.

The David P. Atwood Founder’s Award, established in 2010, serves to recognize those individuals who have made a significant contribution to the cause of ending the death penalty.

Award recipients are chosen each year by the TCADP Board of Directors based on nominations submitted by TCADP members.